Shigeru Akagi (赤木しげる, Akagi Shigeru) is introduced as a deceptively adult looking young boy, whose spark of genius transcends age and resides in gambling, especially in the game of mahjong. Throughout the story, Akagi utilizes techniques other gamblers don't dare to, in order to sway his opponents: brazen cheating, extremely risky maneuvers, far fetched bluffs, and blatant disregard for his own life.

Akagi is a Japanese young man with a rather lean build, silver hair and eyebrows and very sharp facial features (particularly his nose, a recognizable trait between him and Itō Kaiji).

During his early teens, meeting Nangō and having a match against Ichikawa, Akagi wears a white short-sleeved button-up over a darker tee-shirt, a belt and dark pants, the button-up shirt being typical of the time period. Because he first appears coming out of a storm, his shirt is messy and a little dirty upon his first appearance but it is cleaned by the time of his match against Ichikawa.

After the first timeskip, Akagi appears again in a blue jacket with breast pockets, sleeves rolled up over a dark gray shirt and pants which he seems to wear until the match with Urabe, when he changes to an outfit similar to the one he had when he was thirteen, but the shirt is a dull navy blue. After the second timeskip, Akagi's appearance has not changed much if at all.

Akagi in all iterations is a cold, calculating individual who will risk anything and everything if he feels he will win. He cares deeply about his individuality and living life his own way, and will not cave in to others' demands or expectations at all if they go against his own will. He has astounding luck and intuition as well as a high level of intelligence, and his preferred method of victory is to play against what his opponents expect him to do to ensure they see him as unpredictable. He has been seen to want the stakes of all ends of a bet to have equal chances of "being ruined" or "being killed", disregarding his own life and well-being if it contributes to the game itself.

Despite this, he has shown consideration and concern for Osamu after the latter begins to tag along within the three year timeskip following Akagi's match with Washizu Iwao. A few times over the course of chapters three-hundred to the latest chapter, he has repeatedly tried to convince Osamu to turn away and get a normal life as not to get involved, though it can be argued that he did this for the sake of preferring to be alone and trying to make it so.

The series is set up with four major time skips, showing Akagi at different points in his life. He is introduced at 13, again at 19-20, then at 22-24, and finally appears in one of Fukumoto's earlier series, Ten, from ages 44-53.

In his youth, Akagi is a cocky, cold-hearted brat who does not seem to value his life or the life of others, as long as he can get a genuine thrill from high-stake gambling. Even when he is first introduced, he agrees to play a vicious Mahjong match against a yakuza member right after he escaped the aftermath of life or death chicken race with a street gang. Hailed as a prodigy, Akagi is able to outsmart gamblers far older and experienced than he is and was not only able to cheat, but beat experienced yakuza members only mere hours after learning the basics of mahjong. Akagi is also highly intelligent, being able to deduce when his opponents purposely bet situations in their favor and turning the situation around to his benefit. Despite being every bit as cunning and calculating as he is later in life, underneath it he is still a kid, albeit a seriously messed up one who enjoys psychologically pushing his opponents to the edge, despite them begging for mercy.

Akagi tends to wander around at night at late hours and even into the morning, indicating he has either lax, overworked, or even neglectful parents. It has also been speculated that Akagi is an orphan as he stated later in life that he has "no family".

In his young adulthood, Akagi is more relaxed than he was in his teens, but still retains his cold personality and lack of value for his life. He is somewhat resigned to life as he works on an assembly line in a toy factory. It is implied that he switches jobs often (likely because he's constantly cheating his superiors out of money and beating them up when they protest). Though he passes off as a typical civilian, he still retains his sharp wits and is every bit of a genius as he was in his teens, if not smarter. However, he is more level-headed and less cocky as he was when he was younger. Akagi still has an aggressive side as he enjoys beating up street punks and yakuza in the middle of the night for no apparent reason.

Unlike when he was younger, Akagi has grown to show more genuine respect towards his elders like Nangō and has even shown empathy for his former co-worker Osamu, even getting his money back for him after he was cheated in a game of mahjong.

It is implied that in his 6 year absence from the limelight, he has been building a reputation by continue to participate in high-stakes gambles underground. Akagi has also picked up the habit of smoking.

Three years after the match with Washizu, he doesn't seem to have changed much, but has traveled plenty over the course of those three years, running into Osamu at some point along the way. Whether or not he got a job or several jobs during this time is not revealed, however from how Osamu speaks of his experiences of being with Akagi on the road, it is heavily implied that he has been consistently gambling over this time and accumulating money.

By his 40s-50s, Akagi has become even more relaxed and takes life slow. He is now a top boss in the yakuza and has several subordinates and friends who care a great deal about him. He has even been seen playing golf with them in Hawaii. He is also very rich and makes people bring him a tray of puffer fish in the middle of the night because he's hungry, eats one piece and then tells them to eat the rest.

In his adulthood, Akagi has also become less stern and is seen showing an array of different emotions. He also laments how the younger generation does not seem to know much about the true thrill of gambling.

Later in his 50s, Akagi develops Alzheimer's and he starts losing his vision. He ultimately decides life isn't worth living anymore (life is nothing but a game, and if he couldn't play it, there was no point in living) and states his wish to die while he is still "Akagi Shigeru". Against his subordinates' wishes, he decides to euthanize himself.

After his death, a grave was built in his honor where his many fans have brought him offerings. However, it has also become a tradition to chip pieces of his gravestone for good luck, therefore causing his gravestone to become misshapen. Although this angered his subordinates, they eventually felt happy that it felt like everyone was gambling with Akagi, keeping his legacy alive. 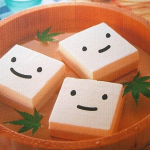 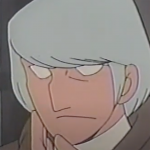 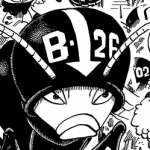